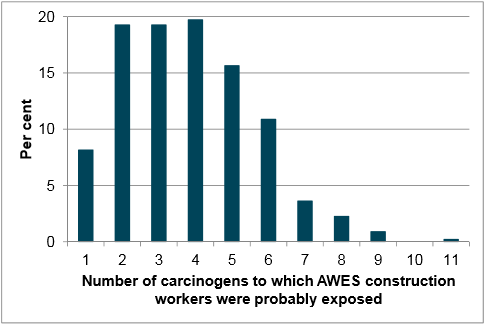 Almost all construction industry workers are regularly exposed to potentially cancer-causing carcinogens, according to the Australian Work Exposures Study: Construction Industry Report published in May 2016.

Personal protective equipment (PPE) and the hierarchy of control were identified as playing an important role in minimising the risk of exposure.

For example, a common method of carcinogenic exposure in the construction industry is the inhalation of airborne contaminants for which respiratory protective equipment (RPE), such as dust masks, is an appropriate control method.

However the study found that 46% of carpenters reported not using any RPE despite being the occupation with the highest probable exposure to carcinogenic wood dust. 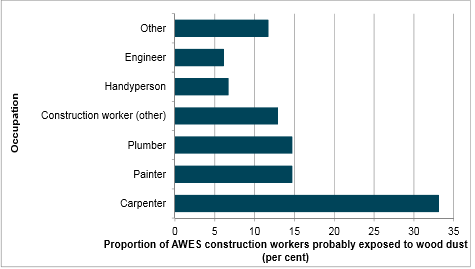 Working with wood, mixing concrete or cement, painting preparation, soldering, welding and refuelling vehicles were identified as the main tasks linked with a high likelihood of exposure.

Separate to workplace tasks, circumstances commonly associated with exposure to carcinogens include working outdoors (UV radiation), working near someone smoking and working near operating diesel-powered vehicles.

Solar UV radiation, environmental tobacco smoke, crystalline silica, diesel engine exhaust and wood dust were the carcinogens which construction workers were most likely to be exposed to, while asbestos, benzene, chromium compounds, formaldehyde, inorganic lead compounds and nickel compounds have also been commonly associated with the construction industry.

Cancers which have been linked to the construction industry include lung cancer, mesothelioma, sinonasal cancer and non-melanoma skin cancer.

While most workers exposed to a carcinogen will not develop cancer, it does increase their risk.

The report found there is a lack of clear information tailored to the construction industry on the exposure and control of carcinogens as well as their health effects.

Where exposure cannot be eliminated, substitution, isolation and engineering controls should be used before administrative approaches and PPE, in accordance with the hierarchy of control, due to their greater effectiveness as control measures.

Nevertheless, PPE remains a critical last line of defence where the other controls are insufficient.

The table below lists preventative measures identified in the study which can minimise the exposure to common carcinogens.