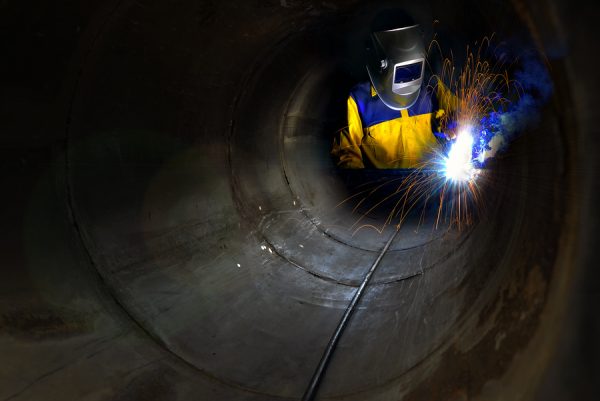 Employers and workers must know their safety obligations to prevent serious injury and death for those working within confined spaces.

The atmosphere in confined spaces and limited access to enter or exit, presents a number of risks to workers and there are strict safety procedures that must be followed to minimise risk.

Training and safety systems are critical but often ignored. A small 2006 Western Australia study found that causal factors for fatalities of workers in confined spaces included lack of training, supervision and safety procedures, either provided by the employer and or implemented by the employee.

The definition of a confined space

Safe Work Australia describes a confined space as “any enclosed or partially enclosed space that is not designed or intended primarily to be occupied by a person and is at normal atmospheric pressure while a person is in the space”.

Confined spaces for workplace health & safety purposes do not include mine shafts or the workings of a mine.

Employers should ensure that people working in a confined space are minimising risk by following these procedures from SafeWork Australia:

Permit to work in confined spaces

A confined space entry permit is a formal check to ensure all elements of a safe system of work are in place before people are allowed to enter the confined space.

According to SafeWork Australia, a confined entry space permit must contain the following information:

The permit provides a means of communication between site management, supervisors and those carrying out the work and ensures that the person conducting the business or undertaking (PCBU) has checked and authorised the entry to the confined space and it is safe to proceed.

The importance of wearing a suitable safety harness

Wearing a high-quality safety harness designed for working in confined spaces is one of the most important ways to protect workers.

A safety harness should always be worn, if there is a risk of falling during ascent or descent or rescue by a direct route, either vertically or horizontally.

LINQ Height Safety’s H301 harness is ideal for confined space work. It is certified to Australian Standards and has quick release buckles for ease of use and swift removal in the event of an emergency.

Despite the existence of strict confined space safety procedures, fatalities continue to occur with a lack of adequate training or safe systems often cited as a causal factor.

Workplace Health and Safety Queensland (WHSQ) is continuing its investigation into an incident at Sarina when two men were found dead inside a tanker in early 2018.

WHSQ Executive Director Julie Nielsen said they were cleaning cattle feed residue from the tanks after unloading the day earlier.

SafeWork NSW is investigating a fatality that occurred in September 2018, where a man was found deceased inside a water tank on a Northern Rivers Property.

The man had been repairing the damaged water tank and became overcome by fumes, after which he could not be revived.

Employers have a duty of care to look after workers and provide them with adequate training, information and equipment to perform their jobs as safely as possible.

Training should be a high priority for workers and their supervisors to prevent unnecessary injury and fatalities. Employers must retain a record of worker training for two years.

If there is an incident in the space, records must be kept for at least two years. Records must be made available to SafeWork Australia and any worker upon request.