Fit, training and certification for harness and lanyard height safety 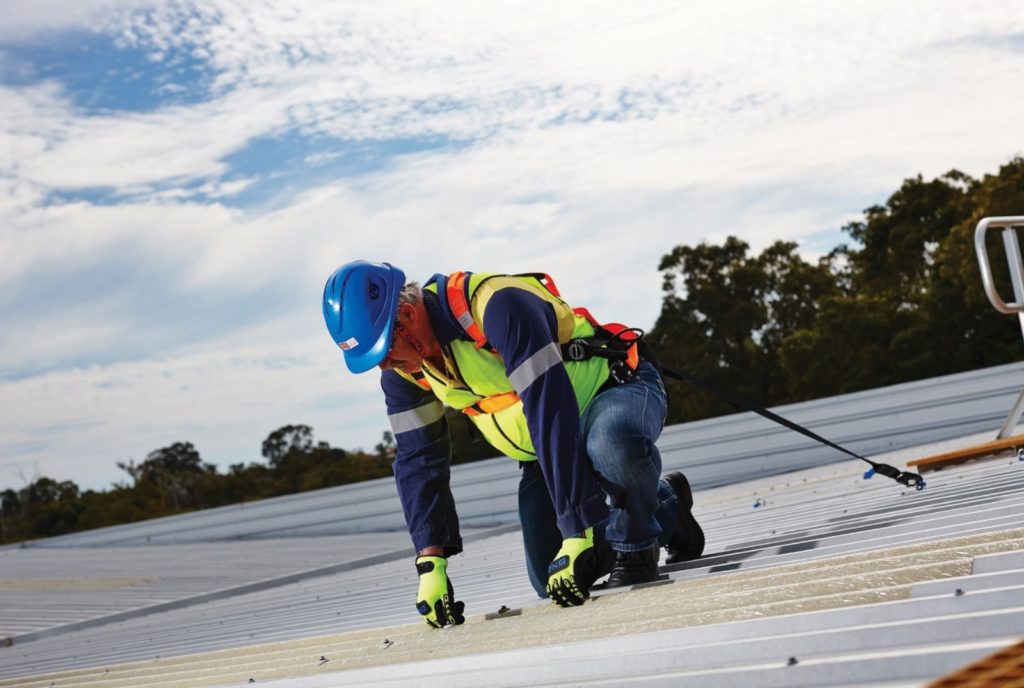 Critical elements of height safety include a correctly fitted and adjusted harness tailored to an individual’s body size and shape, along with worker training on harness fit and use.

Independent certification of harnesses and lanyards is also critical to safely working at heights, according to Chief Technical Officer of LINQ Height Safety Equipment, Stephen Sugden.

What is a correctly fitted harness?

Sugden says that a correctly fitted harness is critical to ensuring it can do the job it was designed for, but that many workers think they are wearing the harness correctly when they are not.

“If a harness is incorrectly fitted the force distribution changes during the moment of impact, leading to increased injuries.”

He says that correctly fitted means both ensuring the harness is the correct size for the worker as well as being worn and adjusted appropriately.

“The one-size-fits-all model does not apply to harnesses – or indeed any PPE.  A 60kg female might slip out of a harness designed for a 130kg male,” Sugden says.

He describes a correctly fitted harness as one that has the webbing sitting snugly under the buttocks and the chest strap sitting just under the sternum.

“A good harness should shepherd the worker into the correct fit; if they have it wrong it should be blatantly obvious,” Sugden says in a 2016 LINQ harness and height safety video.

In the video he shows how webbing and strapping should be adjusted for the perfect fit and displays how an incorrectly adjusted harness can increase the dangers of the fall arrest hardware causing a head injury during the moment of impact.

Why height safety training is so important:

While the design of a fall arrest harness should shepherd the worker into wearing it correctly, that should not substitute for training, which should come from both the manufacturer and the employer, Sugden says.

“Most construction tradies own a harness but many of them don’t use it correctly – despite being regular users,” Sugden says, adding that without training, bad habits take over, particularly when the harness design does not shepherd the worker into fitting it correctly.

“AS/NZS Standard compliance does not necessarily mean well designed. This makes working at heights very risk, particularly for the untrained worker,” he said.

Lanyards are a critical component of the fall arrest system and can mean the difference between a severe injury at the moment of impact and walking away unharmed, according to Sugden.

“Australian Standards states lanyards must limit stopping forces to 6kN which is measured as an average force over any one period of 50ms,” Sugden says, adding that compliance testing is usually conducted on a 100kg test weight.

“The averaging of the force over this 50ms period allows manufacturers to offer a product that might exceed 6kN at its peak reading, in averaging the forces over a 50ms period.”

“This softens the end result, which is the case particularly with some American products,” Sugden says, adding that the maximum force at any point in LINQ lanyards is less than 6kN.

“The LINQ range of lanyards limits the average forces to less than 4.8Kn over 50ms, significantly reducing forces on the body during that moment of impact.”

The lanyard anchor point location in relation to the worker’s harness attachment point is the most important consideration for lanyard use, according to Sugden.

“If a worker is anchored near his feet he will fall the length of the lanyard plus the length from the anchor point to his harness attachment point.”

“This contravenes AS/NZS Standards which allow for a maximum freefall of two metres,” Sugden says, adding that workers must still have a minimum free space of 5.75m beneath them.

According to Sugden, independent certification of AS/NZS 1891.1 (Safety Belts and Harnesses) is not mandatory as an act of parliament or law.

He says that because an employer is required to provide a safe workplace, third party certification helps provide peace of mind that they are achieving this.

“Most large sites will not allow anything but ASNZ 1891.1 certified harnesses through the gates,” he says.

Although he hastens to add that many end users and even some retailers don’t know the difference between standards compliance and certification even though there can be massive differences between harnesses from different manufacturers, and even within batches from the same manufacturer.

“This is why regular batch testing with third party certification in the form of the 5 Ticks logo from SAI Global is so important.”

For more information on height safety, download LINQ’s Height Safety Guide  and watch the video below: