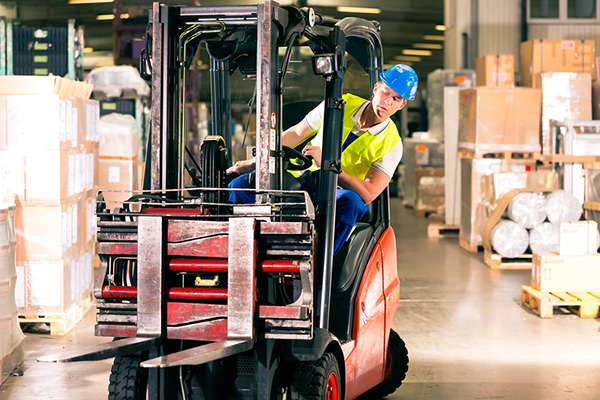 Forklifts are a major safety issue in Australian workplaces and caused 59 deaths in the 11 years from 2003 to 2013, an average of more than five people each year.

In Victoria alone, around 250 serious injuries are caused by forklifts each year, meaning forklifts are one of the most dangerous pieces of equipment in the workplace, according to a forklift safety handbook from Worksafe Victoria.

Ten of the deaths were as a result of forklift operators being crushed after jumping or falling from the forklift during a tip-over, with Worksafe Victoria stating tip-overs “are the second highest cause of forklift-related deaths”.

Given the serious safety issues, driving a forklift is classified as High Risk by Safe Work Australia and therefore requires the operator to be at least 18 years’ old and hold a high risk work licence – obtained through a Registered Training Organisation (RTO) – that is specific to the application.

“Before an operator starts using a forklift or an attachment that is different to the one used for training and gaining qualifications, further training and supervision is required”, the Australian Government’s 2012 Comcare paper on Forklift Safety states.

Given that more than half of all forklift-related deaths are pedestrian-related, a traffic management plan should be implemented to seperate pedestrians and forklifts where possible.

The plan should analyse and outline traffic flows and the most efficient route of travel, along with pedestrian and forklift exclusion zones, safety barriers, floor markings, containment fences and speed limiting devices and signs – among other measures.

Worker training is critical, and removing the use of the forklift entirely is recommended where possible.

Overturning forklifts pose significant risks in the workplace and account for one in six forklift-related deaths. Seat belts must be worn and can save lives.

“When an operator jumps or is thrown from an overturning forklift, more often than not they end up trapped under the overturned forklift and a fatality occurs,” according to Worksafe Victoria, which adds that a major cause of forklifts tipping over is when the forks are elevated with no load – which is made worse if the mast is tilted back.

FORKLIFTS WILL LIKELY TIP WHEN:

Forklift loads must be carried, lowered and set down in compliance with both the manufacturer’s recommendations and company procedures, according to the Worksafe Victoria Forklift Safety Handbook.

A forklift’s capacity is the maximum weight it can safely carry at a specified load centre and must never be exceeded. The handbook recommends that forklifts are used with a greater capacity than required so as to reduce the risk of exceeding the load capacity.

Stability is compromised when a load is raised or tilted forwards or backwards while driving with a raised load can easily lead to tipping, particularly if the forklift is being driven at speed, around a corner or over an uneven surface.

CHECK YOUR LOAD BEFORE YOU START YOUR ENGINE

For more on Forklift safety see: