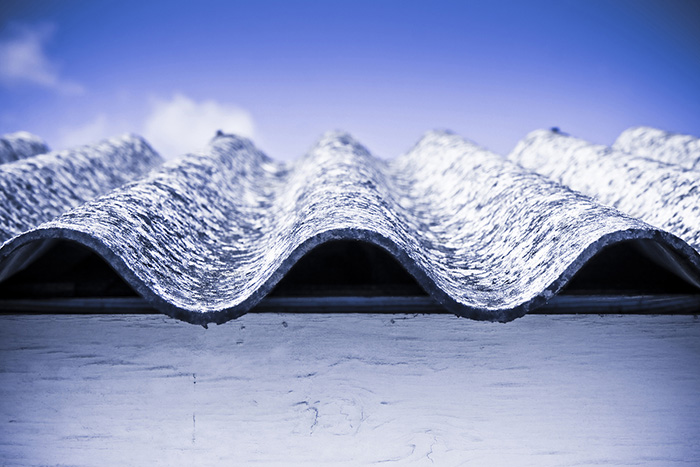 Do-it-yourself (DIY) renovations are thought to be causing an increasing proportion of asbestos-related cancer deaths according to a 2013 survey and report in the Medical Journal of Australia (MJA).

Each year, around eight million Australians carry out renovations or extensions to their home worth $5,000 or more, according to Roy Morgan research.

While most asbestos is bonded (non-friable) – and therefore is less likely to be inhaled – some of it is over 50 years old and starting to break down (friable).

Furthermore renovation activities such as drilling, cutting or breaking up asbestos walls causes asbestos to be released into the air.

Exposure to asbestos fibres can cause a range of debilitating medical conditions. For instance, asbestos fibres ingested into the lungs can remain there and, 20 to 50 years later, lead to an aggressive type of cancer called mesothelioma. Diagnosis is a death sentence, usually within one year.

With over 45 per cent of construction tradespeople unable to identify asbestos, DIY renovators are likely to have even less chance of identifying and avoiding the deadly material during renovations.

An assessment of the abilities of DIY renovators to identify asbestos has not been carried out however the MJA survey found that non-DIY renovators were far less likely to report being exposed to asbestos than DIY renovators.

Of the 858 DIY renovators surveyed for the MJA report, a staggering 527 (61.4 per cent) reported having had asbestos exposure during their renovation, compared with only 20 (2.7 per cent) respondents in the non-DIY group.

Adding to the problem is the statistic that only 12.0 per cent of DIY renovators reported using respiratory protection regularly, while 28.4 per cent reported using it occasionally.

The study’s authors stated that “Ideally, our study would have measured actual rather than reported exposure, but this was not possible in this epidemiological survey.”.

Regardless, there is a problem with asbestos and DIY renovations.

A 2016 report by the Public Health Research and Practice journal titled Mesothelioma in Australia: cresting the third wave found that of the 449 people newly diagnosed with mesothelioma between 1 July 2010 and 1 April 2015 who gave information, 57 per cent had performed major home renovations involving asbestos products. Forty three per cent had lived in a house during major renovations.

Renovation shows add to the problem:

With home renovations and associated reality television shows booming, asbestos campaigners have called for those shows to better promote the dangers of asbestos.

Lead campaigner at the Bernie Banton Foundation, Rod Smith, whose wife Julie died of mesothelioma in 2011, told the Sydney Morning Herald that the show should better warn their viewers about asbestos dangers.

“We had one person watch the show on a Friday night and then she smashed up her ensuite over the weekend – they have now totally contaminated their whole family,” he said.

“This is the problem with these shows and they have a part to play,” Smith added.

“The number one factor they should be highlighting is that they have had an asbestos assessment done and it has been removed or condensed down.”

If you do plan on renovating, firstly, make sure you have identified if there is asbestos in your home. You can have your home inspected by a licensed removalist or asbestos assessor to confirm if it has any asbestos.

Note that asbestos was commonly used in construction until 1987 and was not restricted to fibro housing. This means that asbestos can be found anywhere from cement floors, walls, ceilings, fences, sheds, building insulation, pipes. It can also be buried in the ground by previous builders.

If you have non-friable asbestos which is no bigger than 10m2, and you decide that you have the right skills, experience and equipment to ensure the risk of asbestos exposure is low, you can work on it yourself. If you do so, you should follow the steps laid out in this safety guide for removing less than 10m2 of non-friable asbestos. In addition, you must use appropriate equipment and wear personal protective equipment (PPE). This PPE is essential to protecting your health.

In particular, you should wear an appropriate mask or respirator, disposable coveralls, and boot covers.

Ordinary dust masks are not effective in preventing the inhalation of asbestos fibres and dust. ProChoice’s Half Mask Respirator with P2 Filters complies with Australian Standard AS/NZS 1716-2003 and thus will offer the required protection in most cases of non-friable asbestos handling, as will disposable P1 or P2 rated masks. The respirator’s fit on your face is critical.

Ensure you follow instructions to check the fit of the respirator, and that you comply with the mask’s directions for use.

You should also wear a disposable coverall with Type 5 particle protection, a disposable, chemical style of glove that has a full seal against particle transfer and shoe covers over laceless shoes.

Disposing of asbestos waste and PPE

Asbestos waste can only be disposed of using an Asbestos Control Plan that eliminates the release of airborne asbestos fibres. Asbestos material must be kept wet to reduce fibre release and stored in new, heavy-duty, double-layered 0.2mm polythene sheeting or bags labelled “CAUTION ASBESTOS” and disposed of at designated locations.