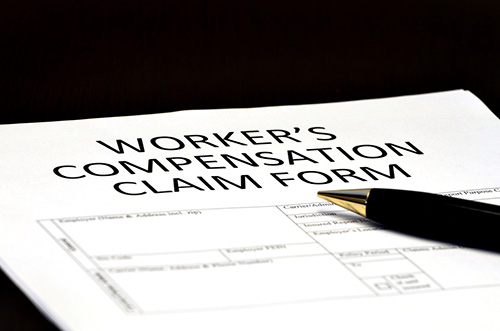 Businesses who cannot demonstrate adequate safety systems and outcomes within their business will likely see their NSW workers’ compensation insurance premiums increase in 2018.

2015 workers’ compensation reform and the introduction of icare focused on incident prevention, improved outcomes and a premium model which better incentivises employers to make the shift to better safety and return to work outcomes.

It also saw a 10 per cent ‘Employer Safety Incentive’ (ESI) – a 10% reduction on workers’ compensation insurance premiums for employers who have targeted safety initiatives to maintain a safe workplace.

However to date, the 10 per cent discount has been applied to all businesses, regardless of whether they can demonstrate safe workplace processes. That is now set to change according to a spokesperson for icare.

“Employers that fail to demonstrate their commitment to safety could put their future access to the incentive at risk,” the spokesperson said, adding that the new framework to assess eligibility is still being established and employers probably won’t be contacted about their safety systems by icare before 2018.

“Businesses understood that at some point they would need to produce evidence to maintain the discount,” the icare spokesperson said, adding that the introduction of the performance-based scheme has resulted in a 17.5 per cent net reduction in total premiums in 2017 compared to 2015.

However the spokesperson was unable to comment on what safety systems icare will require businesses to demonstrate to continue to qualify for the 10 per cent incentive.

“We are establishing our strategy. Further information on that will be available in the next renewal cycle,” they said.

“No two businesses are the same. Therefore every business needs to first attain a deep understanding of their own risk profile. Their allocation of resources towards safety should be significantly informed by their risk profile.”

While having safe systems in place is important, icare is more interested in historical claims cost and the success of return to work programs when calculating workers’ compensation premiums.

“Safety and return-to-work programs are mandatory for all employers in NSW… We are interested in the context of their effect and what influence they have on outcomes,” the spokesperson said.

“The [pricing] formula is sensitive to the outcomes that are achieved.”

In determining premiums, icare analyses previous year’s claims history. Employers who perform better than the scheme average will receive a performance discount of between 5 to 20 per cent at the end of the year.

An Employer Safety Reward (ESR) is also applied to premiums of employers who do not incur any ‘premium impacting claims’ for four consecutive years.

The success of return to work programs also affect premiums, according to the spokesperson who said icare analyses “recovery success for claims in the four-year window.”

“It recognises those with discounts where the return to work has been quicker and sustained,” the spokesperson said, defining sustained as lasting more than four weeks.

“It is one thing to return somebody by the four weeks but if that return to work hasn’t been sustained then there is a bit of a false positive,” he added.

The size of a business and nature of its industry also affects premiums.

“Every industry is given its own industry rating and they carry a different premium impact,” they said.

Generally, most premium calculation models will take account of employer size, and claims performance in order to anchor the base premium, accord to an icare spokesperson.

“For NSW, QLD, SA and VIC (for employers that are not self-insured) premiums are set using a statutory formula (which will differ by state),” the spokesperson said.

“For ACT, NT, TAS and WA, the licenced insurers in those respective states set their own commercial premiums with employers (with Government oversight).  For employers in those states, each insurer will apply their own risk appetite and premium determinants and price accordingly.”